Join us for this exclusive event to support kids who have a parent with cancer.
Register 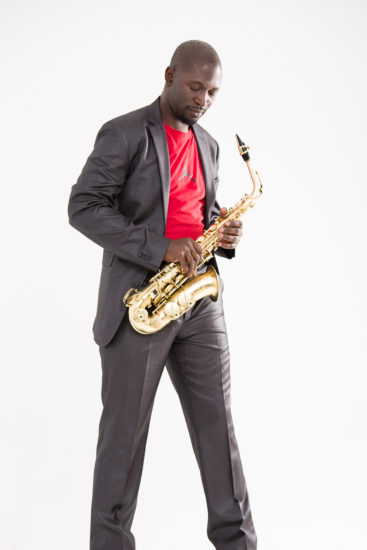 In partnership with the Contemporary Art Museum, the Holt Brothers Foundation is hosting an incredible evening of music featuring Mike Phillips — the Grammy-award winning saxophonist. Those who attended his 2016 concert are still talking about it!

Mike’s music is romantic and passionate, slick and sophisticated, with an infusion of blues, gospel, hip hop and improv. To get a feel for his talent, listen to his rendition of the National Anthem (yes, it went viral).

Mike has said about his performances: “Music is more than riffs … For me, it’s emotional and I want people to feel my music rather than just listen to it.” Mike jams with and in the crowd, as our guests can attest. Trust us — you won’t want to miss his encore performance!

Enjoy cocktails and snacks starting at 6:30 pm. After a welcome announcement from brothers Torry and Terrence Holt, as well as our mission moment, Mike will take the stage.  A reception follows. This exclusive celebration benefits the Holt Brothers Foundation, which supports children who have a parent with cancer.

Mike decided at age 16 that he wanted to play the saxophone professionally. Since then, he has wowed fans across the globe and earned standing ovations at the Montreux Jazz Festival, the Jamaica Jazz & Blues Festival, and the inaugural balls for Presidents Clinton and Obama. He’s the only musician in the world to have recorded and toured with the legendary “Big Three” of American soul music: Stevie Wonder, Michael Jackson and Prince.

Tickets are limited; $150 per person.

Special Thanks to Our Sponsors